The Road to Love – Falling for someone while travelling. 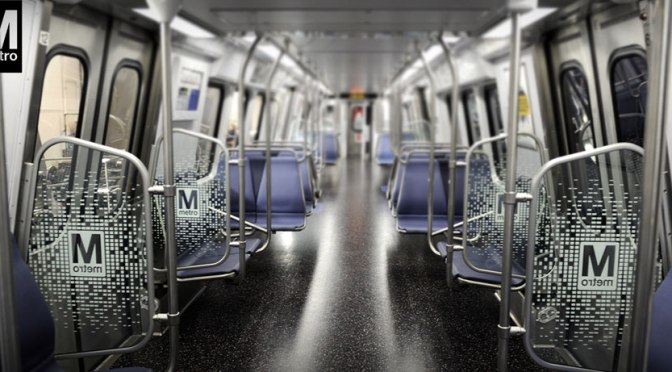 A few months ago, we wrote a story on getting to the Pentagon in WW2. Thanks to Tim Moriarty , a railfan and expert on the Northern Virginia area, we have some new information to report on.

One of the missing links in the whole puzzle was the Washington & Old Dominion Railroad (W&OD).

Unfortunately the trolley lines in northern Virginia did not live past the 1930s and the line that ran near where the Pentagon was later built didn’t survive long enough to serve it. The book “Old Dominion Trolley Too” provides information on the northern VA lines. The W&OD took down its wires and dieselized around 1941 and ended its passenger service, but it was forced to reinstate it in 1943 due to the war. As we noted, it ended with the loss of the mail contract in May 1951. If the W&OD hadn’t been bled dry by the C&O and forced out of existence to built part of I-66, we could have used it to build a Metrorail line out to Dulles Airport and beyond, saving many years and money, or used it for VRE trains to Leesburg and points west. Now we can only walk and bike on it. Although Tim frequently does just that (biking beats driving to work in this area) He’d much rather still have the trains!

The Washington Metropolitan Area Transit Authority (WMATA) was created by an interstate compact in 1967 to plan, develop, build, finance and operate a balanced regional transportation system in the national capital area. The Authority began building its rail system in 1969, acquired the four area bus systems in 1973 and began operating the first phase of Metrorail in 1976. It has gone far beyond original plans and is still growing.

Purple Line which was not in the “grand plan” was born out of necessity in Maryland.

Virginia Railway Express was not in the “grand plan” which never really existed. It was born of necessity and depended on the freight railroads for right-of-way (and we all know passenger railroads are as popular with freight railroads as skunks are at a lawn party).

Dulles Airport and the Silver Line.

Washington’s second airport did not open until the early 1960’s. It was at first a “white elephant” reachable only by car a,d maybe some buses. 26 miles from downton Washington DC. No hint of real mass transit.

Silver Line is the answer. The Silver Line of the Washington Metro consists of 28 existing and six planned rapid transit stations from Wiehle – Reston East to Largo Town Center. It has stations in Fairfax County, Alexandria and Arlington, Virginia, the District of Columbia, and Prince George’s County, Maryland. Five stations are shared with the Orange Line alone, thirteen with both the Orange and Blue lines from Rosslyn to Stadium–Armory, and five stations shared with the Blue Line to both lines’ eastern terminus at Largo Town Center. Only five stations are exclusive to the Silver Line, which began service on July 26, 2014.

The line is 28 miles (45 km) long and the new extension cost $6.8 billion. In 2008, the Metropolitan Washington Airports Authority (MWAA) started building new track in Fairfax County, Virginia. The sections in Arlington, Virginia, and Washington, D.C., are to be shared with the Orange and Blue Lines, which were completed in the 1970s and 1980s. Phase 1, an 11.6 miles (18.7 km) service to the Wiehle – Reston East station, after many delays, opened on July 26, 2014.

The portion of the Silver Line between its split from the Orange Line and Wiehle – Reston East station was constructed as Phase 1 of the Dulles Corridor Metrorail Project. Phase 2 of the project, is scheduled to open in 2018,will expand the line another 11.5 miles to Loudoun County via Washington Dulles International Airport and add six stations to the line. The $6.8 billion project is the largest expansion by route mileage since the inception of Metro in 1976.

Stark has 40 years of experience in rail transportation, including 20 years in engineering and operations with some of the largest transit agencies in the nation. He also has held senior executive positions with private engineering firms, most recently as vice president and project executive for AECOM, where he managed several projects for the Los Angeles County Metropolitan Transportation Authority (LACMTA).

In addition, Stark served as assistant general manager of Bay Area Rapid Transit and was executive officer for engineering and construction for LACMTA. He helped lead the team involved in rebuilding the World Trade Center complex and its public transit facilities after the 9/11 terrorist attack on New York City.

“It is unique for someone to have such extensive background in rail operations, systems and also civil engineering. We are especially pleased with Charles’ leadership and successful track record in quality, safety, budget and schedule,” said MWAA Vice President for Engineering Ginger Evans in a press release.

The Silver Line Phase 2 project will include six rail stations, including five at ground level and one on an elevated structure; nine entrance pavilions and pedestrian bridges; aerial guideways through Dulles Airport; and 89,000 feet of track. Engineering and design work began in July and the project is expected to be completed in about five years.