Randy Schultz of the Sun-Sentinal  recently wrote about Global Warming from the political side: “A century ago, the most important company in what passed for South Florida was Henry Flagler’s Florida East Coast Railway. Today, Florida Power & Light comes closest to filling that role.

The region and nation plan to deal with climate change. Talk radio will rant on about uncertain science, but much of American industry — including FPL — already believes in the link between human activity and global warming. Last month, writing in The New York Times, former Treasury Secretary Henry Paulson compared the potential failure to deal with climate change with the failure to regulate financial markets before the Great Recession.” 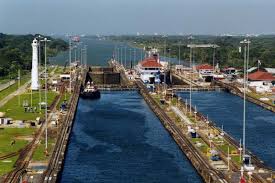 More shipping will be coming to Miami area with the revitalized Panama Canal. A lot of what Florida East Coast Railway is doing will cut “nasty” emissions from hundreds of giant tractor-trailers growling up the Interstate.

All Aboard Florida will slow down the burning of jet fuel as Miami-Orlando planes spew it out to get up high enough to begin their descent. And then, less cars on the highway too.

So if we connect these three dots (Florida Power & Light, All Aboard Florida and Florida East Coast Railway, what conclusion do we see that will help the environment: AN ELECTRIC RAILWAY!!!

Electric Railroads only become cost-effective in high-traffic areas (like Europe, Japan or Amtrak’s Northeast Corridor). Listening to the NIMBY’s complaining about all the extra traffic on the railroads, I think it will qualify.