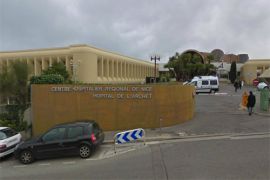 Here are the latest news clips from the murders of Helene Pastor and her chauffeur outside a Nice hospital in May.
For more background, see our blog on May 21 describing these events.

Around twenty people were arrested late yesterday afternoon by police investigating the murders of Helene Pastor and her chauffeur outside a Nice hospital in May. Two of the arrested are believed to be Mme Pastor’s daughter Sylvia and her son-in-law Wojciech Ratkowski, the Polish consul in Monaco. Further arrests were made in Nice, Marseille and Rennes, with the presumed killers of Comoran origin.
June 25, 2014
23 people have now been arrested in connection with the murders of Helène Pastor and her chauffeur in early May. It is thought that her daughter Sylvia is only in custody to help police with their enquiries, but they are looking at irregular movements of money between Mme Pastor’s bank accounts and those of her son-in-law Wojciech Radowski, who is also in custody.
June 26, 2014
Wojciech Janowski, the son-in-law of billionaire Hélène Pastor, has admitted to ordering the murder of the wealthy Monaco businesswoman and her chauffeur in May. Faced with suspicious movements on his bank account and discriminating statements by alleged accomplices, it appears Janowski was backed into a corner.

The 64-year-old is the husband of Hélène Pastor’s daughter, Sylvia Ratkowski-Pastor. After a number of days in police custody, Janowski confessed to his part in ordering the murder of his mother-in-law as well her chauffeur Mohamed Darwich, to “avoid making it obvious that the heiress was the only target”, reports the AFP.

The former honorary consulate of Poland, who was stripped of his status when news of his arrest broke, has been under arrest since Monday 23rd June.

Janowski’s personal trainer, who has not yet been named, is believed to have been the middleman for his employer, allegedly hiring the gunmen who carried out the attack, as well as negotiating the price of the contract – around €140,000, according to RTL.

This morning both men, as well as the two suspected gunmen, were brought from the Auvare police station in Nice to the courts of Marseille, where they will stand before a judge this afternoon.

Sylvia Ratkowski-Pastor was arrested on Monday along with 20 other people. She was released on 25th June as authorities confirmed that she had been held only to help police with their investigation.

Marseille prosecutor Brice Robin, as well as the interregional director of the Police Judiciaire (PJ) in Marseille, Christian Sainte, and the head of Nice’s branch of the PJ, Philippe Frizon, will hold a press conference at 5pm today to give further details on the developments of the double murder investigation.

Speculation as to a motive revolves largely around the reported reduction in allowance of €500,000 per month which Madame Pastor gave to her children. However, Robin has refused to confirm anything, telling the AFP that “at the moment, it’s too early to think about motives.”

June 27, 2014
Sylvia Pastor has been released without charge as the investigation in to the killing of her mother continues, and she followed another ten of the 23 arrested who were released on Tuesday.
Her partner Wojciech Radowski and a gendarme from the Bouches du Rhone are among those still in custody.
June 30, 2014
The son in law of Helene Pastor who’s being held in custody in connection with her murder has refused to speak to the judge investigating the case. Wojciech Janowski is being held  in Marseille. Reports last week said that he’d confessed to organising the shooting of Helene Pastor and her chauffeur outside a Nice hospital on the 6th of May with the aid of his private fitness coach. A total of 7 people are still being held in custody in connection with the affair. Madame Pastor, who was 77 died from the injuries she sustained in the shooting on the 21st of May. Her chauffeur also died. Janowski is due to appear before a judge again on Wednesday.
July 3, 2014
The son in law of Helene Pastor has withdrawn a confession in which he’s reported to have told police that he organised her murder. Wojciech Janowski appeared before a judge in Marseilles on Wednesday. His lawyer now says that he absolutely denies that he had anything to do with the murder of his mother in law. Helene Pastor and her chauffeur Mohamed Darwich were shot inside their car outside a Nice hospital on May the 6th. Both later died from their injuries. 7 people are still being held in custody in connection with the murders.
Wojciech Janowski, the man accused of ordering the murder of Monaco billionaire Hélène Pastor, has retracted his confession, says his lawyer. Apparently, the Polish national didn’t understand the French “nuances” used by investigators, despite living in the Principality for almost 30 years.

Appearing before a bail judge on Wednesday 2nd July, Janowski reportedly “recanted his statements made while in custody,” said his lawyer Erick Campana. He also “denies having ordered” the killing of 77-year-old Hélène Pastor on 6th May.

Janowski, husband of Sylvia Pastor for 28 years, “misunderstood the meaning of the words used by the police,” argued his defense lawyer. “He spoke French, but he did not understand all the nuances of our language.”

Late last week, prosecutors revealed that the former honorary consul of Poland had admitted to investigators that he was the “sponsor” of the double murder of his mother-in-law and her driver, 64-year-old Mohammed Darwich, who were both targeted at the l’Archet Hospital in Nice. It was also confirmed that Janowski had confessed that his personal trainer hired the two men who carried out the attack, both of whom have been arrested and charged.

Campana had asked the court to release Janowski and dismiss the statements he made while in custody because he did not have access to a lawyer or interpreter during his 96 hours of interrogation. But the judge did not agree.

“Not surprisingly, he can be kept in custody for a period of one year,” said the defense lawyer. “In a year, at the most, the judge will revisit his case.”

Wojciech Janowski will remain at the Baumettes prison “in total isolation”, according to Campana, who added that his client is in good physical health but “not well at all.”
As of October 2014,
The lawyer of Wojciech Janowski, under investigation since June in the Helène Pastor murder case, has asked for his client’s case to be thrown out and for Mr Janowski to be freed. Erick Campana claims that his client’s initial incarceration in Nice was laced with irregularities and that he had no legal representation or interpreter.

Find out about freedom and Fairpromise 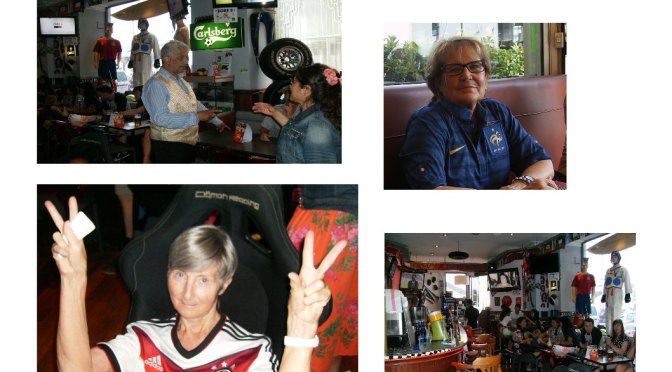