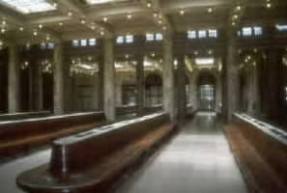 So this is Utica Union Station’s 100th anniversary year, as I read on the Phyllis Zimmerman blog. Happy anniversary, Union Station! In her case, what she is really celebrating are her own memories of the landmark and character and perseverance of Utica and its people. Union Station is especially a testament of the later, considering how it barely escaped demolition in the mid-1970s. Things have only gotten better since then.

Some great sites to find out the history of the stations from. No use me repeating something already well written

History from the Mohawk Valley Chapter of the NRHS

History of Union Station by the “other” railroad that uses it now: The Adirondack Railroad

An article from Empire State Future:

Find out about accomplishments and Fairpromise

Way back when, Utica had three railroads besides the New York Central. Until 1957 these three railroads ran through, and crossed each other in the South Utica/New Hartford area: Ontario & Western, Delaware, Lackawanna & Western, and West Shore (really a part of New York Central). Even the municipal borders varied. Until 1925, what is now South Utica was a part of the town of New Hartford. See the full story on the three other railroads of Utica, New York