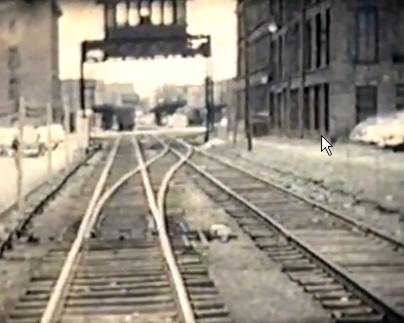 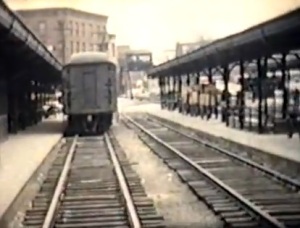 In many of the short articles we have put out over the last few months on the “towers” of the Troy Union Railroad, all we refer to is one at each end of the station. Actually, this should be better explained. I found an old article from Gordon Davids that will give you a better perspective on the signal stations, bridges, telegraph calls etc. within the Troy Union Railroad.

The telegraph office at Troy was in the station. The office call was UN on the NYC Mohawk and Hudson Divisions, and the D&H. There were four dispatcher’s circuits into Troy – NYC Hudson Mohawk, D&H Saratoga, B&M Fitchburg, and Rutland. The Rutland dispatching ended at North Bennington, but they still had a wire to Troy. Tower 1 had a NYC dispatcher’s telephone. Tower 2 had NYC, B&M and Rutland dispatcher’s phones. Tower 3 had a phone to the D&H CTC operator at Albany ca. 1957. The positions in the Troy towers were “Telephoner Leverman,” and they were not required to be telegraphers. They were mostly instructed by the stationmaster, who communicated with dispatchers by telegraph through UN. The inbound and outbound D&H main tracks between WX Tower and George St., Green Island, and the single main track from George St. to River St., Troy (TURR boundary) were ABS. The exception was the “square-end blade signals at George St.” which governed movements from double to single track at a remote interlocking controlled by TURR Tower 3. The Green Island Bridge was also interlocked, so the bridge tender had to get an unlock from Tower 3 before he could raise the bridge. In 1959, the B&M CTC extended from the end of the TURR to Johnsonville, controlled by the operator at Johnsonville. There might have been some non-circuited main track through the B&M yard. There was a CTC home signal at the east (B&M) end of the yard. The earler B&M ABS system that was in place when their railroad was double track may have been more extensive. Another interesting division problem was the Troy and Greenbush Branch from Rensselaer to the Troy Union Railroad. In the 1920’s, when the Hudson and Mohawk Divisions were separate, it belonged to the Hudson Division and was dispatched from New York. When the Hudson and Mohawk Divisions were combined, the T&G was still dispatched by the Hudson dispatcher, at Albany, until sometime in the 1940’s. When the Hudson and Mohawk were split in the 1950’s, the T&G went to the Mohawk Division and was dispatched from Utica.

Again, thanks to Gordon Davids