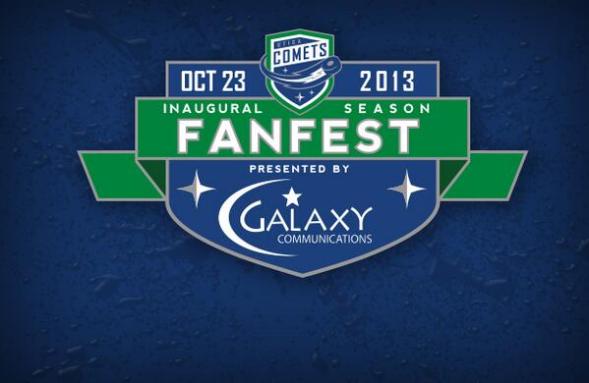 Below is a great blog from Don Liable  that appeared in the Utica Observer Dispatch  on April 20th 2014 I’m sure that I’m not alone in thinking, where did the Utica Comets’ inaugural season go? My gosh, I could remember last June vividly, as the press conference was presented at Aquavino’s making the announcement official.  Who knew that The AUD would/could be transformed from a building hopelessly stuck in the 1970’s to a modern day, AHL ready facility in about 90 days?  As excited as any hockey fan in the area, honestly, my expectations weren’t all that high on what would be coming.  How could it?  A professional hockey team, just a step away from the National Hockey League coming to 400 Oriskany Street,West?  Okay, what’s the catch? Who knew that the day after the official announcement of the Vancouver Canucks putting their AHL franchise in Utica, a line of would-be season ticket holders would show up in the early hours to select their seats?  This was the precursor to what snowballed, no, make that avalanched , with the incredible acceptance of the club.  Then, the day single game tickets were put on sale, a Saturday morning, hundreds were camped out wanting seats for the specific opponents (Syracuse and Albany were at the top of many’s list) of choice.  Yet another sign that pro hockey was going to be a community-wide success. Who knew that those deeply devoted to other programs in the area would finally come around and see for themselves that there most certainly is room for another hockey option?  To those who doubted that locals would pay professional prices, something that they hadn’t been used to for more than two decades, for a professional product became believers. If the Comets leadership would have gone on the record and predicted more than 100,000 supporters would come through The AUD turnstiles for 38 home games in year one – they would have been laughed at.  To those who may still want to find a way to be wondering if they (Comets) are going to stay (and there are such doubters) – the record shows 130,518 area hockey fans came to support their team. Who knew there would ever be video boards inside The AUD, modernized concession areas, and a merchandise store that had as much difficulty keeping items stocked as a big box store prior to some type of weather alert?  Who knew that a staff of barely out of college students, with a few exceptions, would learn, grow, and exceed their own expectations?  The organizing of who is doing what, and how do we get there,(and I hope they are all reflecting on their growth) is flat-out amazing.  These kids probably don’t realize it (yet) but they are veterans already.  Who knew that already, the unofficial slogan for season two of the Comets is – “Is It October Yet” – ? Who knew that as the horn went off for the last time for the season on Saturday, Utica’s record since January 17 is 24-12-3-2?  Absolutely amazing, and what a testament to the coaching done by Travis Green and his assistants Nolan Baumgartner and Paul Jerrard. Who knew that THE Utica rivalry with the Syracuse Crunch would bloom as rapid, and as fierce, as it has?  The Comets fans, following to road games in Syracuse, Albany, and Adirondack, particularly, were as loud, and mostly louder than the home team fan base – who out numbered them by the thousands.  One thing I, and everyone, yes, everyone, could predict – Observer-Dispatch reporter John Pitarresi would be the damn best of the best in Utica media to chronicalize the club’s performances.  From a personal note, I learned so much on what to say, how to say it, and to who to say it to, in being around John at post-game press conferences.  What a pro. Who knew Comets radio broadcasts would be a must when the boys were on the road?  Well, as in the case of John covering the team, Brendan Burke exceeded all predictions of his NHL readiness.  Who knew that Adam Banko would create a team ticket operations department so professional, and sensative to area fans, that his “getting to yes” approach to many distressed fans would find a way into The AUD, and have a seat waiting? Mark Caswell, bar none, champion of people skills and communicating with every and all who had to be kept in the loop on everything Comets, has grown into a full-fledged sports executive. The team, the organization, and The AUD are in good hands, this day after season one is in the AHL books.  Who knew – I’ll tell you, as if you need a reminder – Robert Esche and Frank DuRoss.  They knew it all the time.  They were the sales staff before there ever was anything to sell – and did it.    They did it.