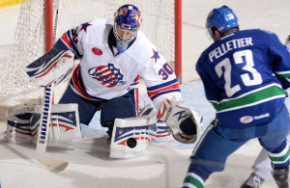 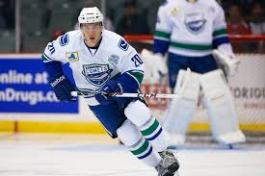 Old pros Pascal Pelletier and Colin Stuart scored the goals and Joe Cannata made 22 saves as the Utica Comets kept their slim American Hockey League playoff hopes alive with a 2-1 victory Saturday over the Wilkes-Barre/Scranton Penguins.

The Comets now have 63 points, six points out of the final playoff spot with 13 games to play.

Pelletier scored a power play goal – and picked up his 50th point of the season – at 12:28 of the second period, with Alexandre Grenier and Brandon DeFazio assisting, to give the Comets the first lead. The Penguins (35-21-3-5, 78 points) got that back quickly, with Chuck Kobasew scoring, also on the power play, at 15:23.

The score remained deadlocked until Stuart, who is in his 10th professional season, as is Pelletier, fired home his 17th goal at 8:01 of the third. Cal O’Reilly had an assist – his 30th in 39 games – and Alex Friesen had the other.

Read More About the game 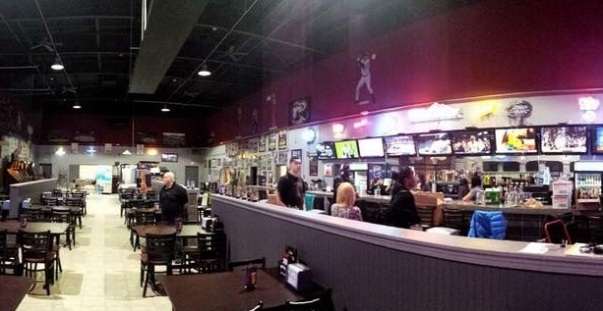 Tony’s AUDelicious Deli and Sports Bar across from the Utica Memorial Auditorium will open at noon Sunday. Frank Cristiano, who runs the tricked-out Tony’s Pizzeria in Washington Mills, said the property on Whitesboro Street was originally supposed to be a bakery, but with talk of an American Hockey League team started, he wanted to branch out.