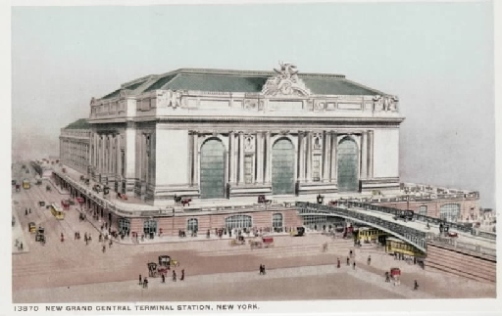 Some other great links:
The full history on ownership of Grand Central
From the WIKI

Argent Ventures is a privately held real estate company based in New York City that owns the land under Grand Central Terminal and the land around 156 miles of Metro-North Railroad railway tracks in the New York City metropolitan area.

Among other high profile buildings currently owned are:

The company was spun off in 1996 from by Andrew S. Penson from Amroc Investments which specializes in turning around distressed properties.[2]

Two of its earlier properties that have since been sold included:

In the breakup of the Penn Central Railroad in 1976, the land under Grand Central and its associated tracks continued to be owned by Penn Central Corporation but leased to what became the Metropolitan Transportation Authority. Penn Central as a holding company changed its name to American Premier Underwriters in March 1994. It in turn was absorbed by the American Financial Group.

On December 6, 2006, the United States Department of Transportation announced Midtown TDR Ventures LLC had purchased the rights from American Financial.[3]

As part of the transaction the lease with the MTA was renegotiated through February 28, 2274.

The New York Post on July 6, 2007, reported that Midtown TDR is controlled by Penson and Venture. The Post notes that the MTA which will pay $2.24 Million in rent in 2007 has an option to buy the station and tracks in 2017 although Argent could extend the date another 15 years to 2032.[4] The big attraction to Venture are the development air rights it controls above the tracks.

In 2006, Midtown Trackage Ventures, which included two institutional investors that Andrew Penson would not identify, bought Grand Central and 75 miles of track to Poughkeepsie and 82 miles to Wassaic, in Dutchess County, from American Premier Underwriters; American Premier’s parent, American Financial Group (which had acquired the bankrupt Penn Central’s real estate)….The Metropolitan Transportation Authority…pays $2.24 million in annual rent on a lease that expires Feb. 28, 2274. The authority has an option to buy the terminal and the tracks in 2017, which it is expected to exercise, although the landlord can extend that date to 2032.
Buildings and Landmarks January 29, 2013, 3:16 pm
Grand Central’s Flesh-and-Blood Landlord
By SAM ROBERTSThere is some confusion over whether Andrew S. Penson had even been invited to the gala celebration of Grand Central Terminal’s centennial on Friday night. Regardless, Mr. Penson says characteristically, he will be the man who didn’t come to dinner.

Ordinarily, the balding 52-year-old Mr. Penson might barely be noticed at such a star-studded event, much less missed. But his absence from the terminal’s birthday dinner, at the Oyster Bar, will strike New Yorkers in the know as a particularly glaring omission.

Mr. Penson is the President and Founder of Argent.  He has been involved in all phases of the firm’s development since its founding.  Prior to Argent, Mr. Penson led the real estate investment division of Amroc Investments Inc., a leading investment firm and the predecessor to Avenue Capital, a multi-billion dollar hedge fund.  Previously, Mr. Penson practiced law with Jones Day.  He is a member of New York Law School’s Board of Trustees.Mr. Penson earned a B.A. from the State University of New York at Stony Brook and a J.D. from New York Law School. 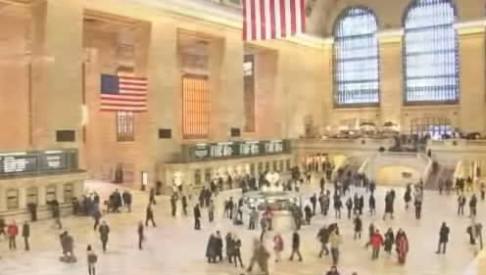 4 thoughts on “Who Owns Grand Central Terminal in NY City?”